Mark of the beast kickoff official

So there it is. The witches black sabbath of midsummer is their official kick off of the Mark of the Beast Laws. Israel is what matters to the world's timeline. This is because Jerusalem is the key to Biblical prophesy and events. In the past and in our times as well.

Everyone else that falls in line after this is just the 10 kings who support the beast.

7And the angel said unto me, Wherefore didst thou marvel? I will tell thee the mystery of the woman, and of the beast that carrieth her, which hath the seven heads and ten horns.

8The beast that thou sawest was, and is not; and shall ascend out of the bottomless pit (abaddon/nimrod), and go into perdition: and they that dwell on the earth shall wonder, whose names were not written in the book of life from the foundation of the world, when they behold the beast that was, and is not, and yet is.

9And here is the mind which hath wisdom. The seven heads are seven mountains, on which the woman sitteth.

10And there are seven kings: five are fallen, and one is, and the other is not yet come; and when he cometh, he must continue a short space.

11And the beast that was, and is not, even he is the eighth, and is of the seven, and goeth into perdition.

12And the ten horns which thou sawest are ten kings, which have received no kingdom as yet; but receive power as kings one hour with the beast.

13These have one mind, and shall give their power and strength unto the beast.

I was hoping we would at least have the WHOLE summer, not just half a summer. We need more time.

These things have been sorely upon my soul these last four years. There never seems enough time to reach every heart, build every line of trust and honor, to serve in kindness those whom Dad puts upon our path. So much remains to be done, in this last of the last bold adventures of life.

This guy made the video I was about to make. Thanks.

Further on the matter of the 10 kings.

Having stated the above, there is yet another perception on the matter of the 10 kings. These are they which are the ten captains who bound themselves in agreement to come to earth on Mt Hermon, falling from their high estate as Watchers. These are the ten kings of perdition.

They rule as follows and as is taught in the occult. For every outward symbolic act of evil is animated by a king (power) that animates princes (principalities). The ten governments represent and are each in their own dark idiom, empowered by one of these ten. For example

Abaddon is one of the kings that has ruled over the nations of the earth. The scriptures indicate that he ruled over both Egypt and Sodom at some point in history (18th dynasty, Moses), and will endeavor to rule over Jerusalem in the final days. Jerusalem will figuratively be called Sodom and Egypt at that time. At the end of times he is given the key to the abyss and releases these demon hordes on the nephilim people of the earth and those with whom have the mark of the beast.

Not long after Judaeo-Christian teachings taught the name of this demon, Abaddon referred to the pit or cave that was used in mystery religions and schools as a rite of passage into the dark mysteries. In fact, there is a cave at the base of Mount Hermon, in which the demonic therein was known as abaddon. Yeshua himself referred to the site as the Seat of Satan.

"Yeshua told his disciples that they would have to confront the "gates of Hades" (Matthew 16:13-20) which referred to the powers of hell and Satan arrayed against God.

"Yeshua' words also carried symbolic meaning because they were spoken in Caesarea Philippi, a pagan city that was filled with moral corruption. Pagans believed that water symbolized the abyss and that caves were a door to the underworld.

Which is accurate. Evil is locked up beneath the waters and in the earth. 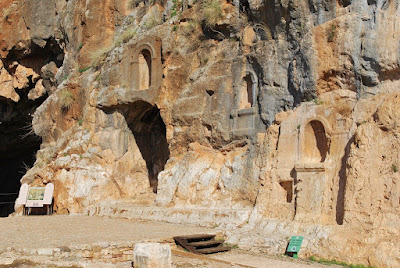 "Yet Yeshua assured his disciples that the "gates of Hades" would not be able to stand against the power of YHVH's people. Yeshua defeated Satan through his suffering, death, and resurrection. Therefore his people could overcome Satan and transform evil places like Caesarea Philippi.

13When Yeshua came into the coasts of Caesarea Philippi, he asked his disciples, saying, Whom do men say that I the Son of man am?

14And they said, Some say that thou art John the Baptist: some, Elias; and others, Jeremias, or one of the prophets. 15He saith unto them, But whom say ye that I am? 16And Simon Peter answered and said, Thou art the Christ, the Son of the living God. 17And Jesus answered and said unto him, Blessed art thou, Simon Barjona: for flesh and blood hath not revealed it unto thee, but my Father which is in heaven. 18And I say also unto thee, That thou art Peter, and upon this rock I will build my church; and the gates of hell shall not prevail against it.

Here, Yeshua reveals our power over ALL evil, through Him, once baptized and saved.

Abaddon/Apollyon is the chief of the demons of the seventh hierarchy, the king of the grasshoppers, or demon locusts (described as having the bodies of winged war-horses, the faces of humans, and the poisonous curved tails of scorpions).

Abaddon is in command of the Sixth House of Jinnestan, Demonic Ruler of the Abyss. 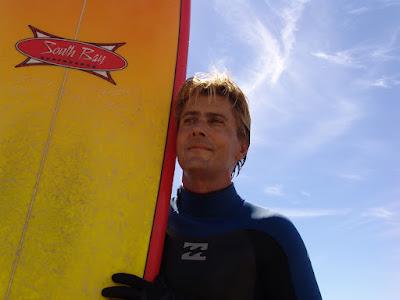 Posted by Juicing and Raw Foods Sunboy at 9:02 PM
Email ThisBlogThis!Share to TwitterShare to FacebookShare to Pinterest
Labels: 10 kings of the abyss, Mark of the beast kickoff official
Older Posts Home
Subscribe to: Posts (Atom)