Now, women bearing twins from 2 separate fathers is a verified common event that does happen, when the wife is cheating on her mate or spouse. Very common.

Beguile in the dictionary means to SEDUCE a person. It's always been there, right in our faces. From this act, women were cursed to have a monthly discharge of blood, their periods. They are the ONLY mammals on earth to have this to my knowledge, and it is NOT necessary to flush out the old stuff. It is a curse. A longstanding curse.

To prove out the two different fathers of Adam's first born, the very first prophecy in the Torah (the first five books of the Bible or Moses) is:

15And I will put enmity between thee and the woman, and between thy seed and her seed; it shall bruise thy head, and thou shalt bruise his heel.

The paid liars whom are nephilim hiding as our church leaders say this is a metaphor. It is a TRUTH, not a metaphor. The seed of Satan is Cain; and his descendants were and are, Canaanites. The seed of Adam in the form of Abel, who was murdered by Cain, and was replaced by the longstanding seed product we know as Seth, his next son.

Eve knew she was laying with a lying spirit, hence the severity of the curse and to remind all that to stray outside the sanctity of marriage produces the worst results imaginable; among other reasons.

The couple were banished from the Garden. Then, after that, about 200 watchers were convinced by Satan to do likewise. Now, most people blame women from ruining the human race because of this. However, even though nephilim women in our time and since those days do actively seek out demonic impregnation (Incubus ritual), in that time, NO.

So how did the watchers achieve this? Rape?

No, the Holy Word reveals that the Watchers took on the form of their husband to lay with them. The women, at first, did not know this deception until their offspring came out with six fingers, six toes, red hair, etc, as revealed in 2 ENOCH.

These same women then embraced not only these horrific nephilim offspring, but the watchers as well, leaving their lawful husbands and YHVH. This was their curse; they chose to be damned, rather than repent and remain lawful. This was the tragedy of their generation.

In point of fact, Mary of Magdalene, was such of these women. To prove that even the worst can come to Glory, she reincarnated during Yeshua's Walk on Earth for our salvation.

The righteous and the wicked
1:1 The blessing of Enoch: with which he blessed the elect and the righteous who would be present on the day of tribulation at the time of the removal of all the wicked ones.
1:2 And Enoch, the blessed and righteous man of YHVH took up his parable while his eyes were open and he saw, and said, “This is a kodesh vision from the heavens which the malakim showed me: and I heard from them everything and I understood. I look not for this generation but for the distant one that is coming. I speak about the elect ones and concerning them.”
1:3 And I took up with a parable saying, “YHVH of the universe, the Kodesh Great One, will come forth from HIS dwelling.”
1:4 “And from there HE will march upon Mount Sinai and appear in HIS camp emerging from heaven with a mighty power. And everyone shall be afraid, and Watchers shall quiver.”
1:5 “And great fear and trembling shall seize them unto the ends of the earth.”
1:6 “Mountains and high places will fall down and be frightened. And high hills shall be made low; and they shall melt like a honeycomb before the flame.”
1:7 “And earth shall be rent asunder; and all that is upon the earth shall perish. And there shall be a judgment upon all, including the righteous.”
1:8 “And to all the righteous HE will grant shalom. HE will preserve the elect, and loving-kindness shall be upon them. They shall all belong to YHVH and they shall prosper and be blessed; and the Light of YHVH shall shine unto them.”
1:9 “Behold, He will arrive with ten million of the kodesh ones in order to execute judgment upon all. He will destroy the wicked ones and censure all flesh on account of everything that they have done, that which the sinners and the wicked ones committed against HIM.”

This is how it ends, as explained in 2 Esdras and Revelations in detail, even though IN THOSE DAYS or IN THAT TIME, there is bits of detail scattered in every single book of the Holy Word.

Posted by Juicing and Raw Foods Sunboy at 9:06 AM
Email ThisBlogThis!Share to TwitterShare to FacebookShare to Pinterest
Labels: 2 Enoch, 2 ESDRAS 5, articles by Don Bradley, The Rebellion

Going Forward...child bearing women will bring monsters into the world at the End Times

Our Holy Father YHVH informs us through his prophet Esdras, that child bearing women will bring monsters into the world at the End Times. With the MRNA GENE SPLICING VAX, this now becomes visible how this will be so. The GMO people, as they breed and have children that live, will bring forth MONSTERS.

To see what these "children" will emerge as, see the video THE DAMNED CROSS OVER on Youtube, bitchute, rumble, etc. Congratulations, mom, it's a RAKE! And for you guys out there, don't breed these things. Please. Know that they will be hunted down and destroyed, regardless of Federal Protection Laws to come to protect the offspring of Lucifer/Gadreel.

People will HAVE to destroy them because they will crave human flesh. 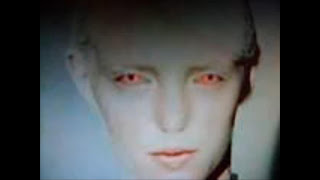 1 Nevertheless as coming the tokens, behold, the days shall come, that they which dwell upon earth shall be taken in a great number, and the way of truth shall be hidden, and the land shall be barren of faith.
2 But iniquity shall be increased above that which now thou seest, or that thou hast heard long ago.
3 And the land, that thou seest now to have root, shalt thou see wasted suddenly.
4 But if the most High grant thee to live, thou shalt see after the third trumpet that the sun shall suddenly shine again in the night, and the moon thrice in the day:
5 And blood shall drop out of wood, and the stone shall give his voice, and the people shall be troubled:
6 And even he shall rule, whom they look not for that dwell upon the earth, and the fowls shall take their flight away together:
7 And the Sodomitish sea shall cast out fish, and make a noise in the night, which many have not known: but they shall all hear the voice thereof.
8 There shall be a confusion also in many places, and the fire shall be oft sent out again, and the wild beasts shall change their places, and menstruous women shall bring forth monsters:
9 And salt waters shall be found in the sweet, and all friends shall destroy one another; then shall wit hide itself, and understanding withdraw itself into his secret chamber,
10 And shall be sought of many, and yet not be found: then shall unrighteousness and incontinence be multiplied upon earth.
11 One land also shall ask another, and say, Is righteousness that maketh a man righteous gone through thee? And it shall say, No.
12 At the same time shall men hope, but nothing obtain: they shall labour, but their ways shall not prosper.
13 To shew thee such tokens I have leave; and if thou wilt pray again, and weep as now, and fast seven days, thou shalt hear yet greater things. 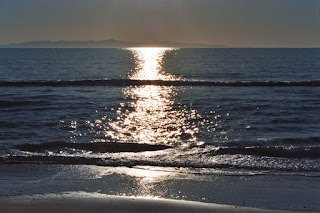