The demons, rebuked, bound, cast down, and the ground sealed against all further demonic traffic, forever and ever at 6PM today.

Sun in conjunction with Regelus (means little king) and venus, baal and asteroth. Whose crowns just took a hit to their kingdom on Earth.

The Château des Amerois (French pronunciation: ​[ʃɑto dez‿amʁwa]) is a 19th-century neo-gothic style castle in the Ardennes forest, south-east of Bouillon, Wallonia, Belgium. Replacing an original building destroyed by fire, the current castle was built from 1874 to 1877 for Prince Philippe, Count of Flanders. 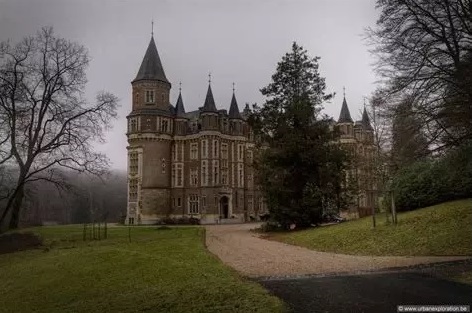 From brother Fritz Springmeier
"In Southern Belgium there is a castle. (If any one is traveling there and wants to find the castle, I will show them on the map, and describe it.) This is the Mothers of Darkness castle. In that castle, is a cathedral and in that cathedral’s basement a little baby Is sacrificed daily and Is coming to power. The pages are written almost round the clock. (This castle is also described in my Be Wise as Serpents book.) The history in that handwritten book would reveal the real facts behind the propaganda that the world’s major news medias give the gullible public. The history as that book reveals it would tell people about how Abraham Lincoln was a descendant of the Rothschild's. Abraham Uncoin was the secret head of the Rosicrucian's, a member of their 3 headed top council. (I have seen the paper trail proof to these things about Lincoln to my satisfaction that these things about Uncoin are true.)
Adolph Hitler was also a secret member of the Rothschild lineage. Hitler carried out blood sacrifices to open his mind up to high level demonic spiritual control. Rockefeller sold Hitler oil during W.W. II via Spain to keep W.W. II going longer. The history in that book mentions people that the “history books” given the public don’t-- like Michael Augustus Martinelli Von Braun Rheinhold, the most powerful Satanist in the world a few years ago. Michael Augustus Martinelli Von Braun Rheinhold had 66 Satanic Brides. And that Satanic book in the Mothers of Darkness castle also mentions the Rockefeller bloodline. Only insiders are supposed to know the real history of what has taken place in human history. The real decisions and the real movers and shakers have been hidden from the public’s eyes. What the public is given is a stage show where Illuminati puppets parade around and make big speeches according to their script. Each of the 13 families has their own set of Mothers of Darkness.
Each of the 13 families has their own secret Satanic leadership Kings, Queens, Princesses and Princes of Darkness. For instance, the Rockefeller family has people who are selected as Kings and Princes within their own bloodline in secret rituals. The Kings and Princes, Queens and Princesses are strictly bloodline. They secretly rule over an area of the world for their own bloodline. This is independent of the Illuminati's hierarchy which was diagrammed in the Jan 1993 newsletter. (my Newsletter from a Christian Ministry.) In the January, 1993 issue the Covens, Sisters of Light, Mothers of Darkness, and the Grande Mothers were diagrammed. The Illuminati pulls its various bloodlines together under several councils. The Grande Druid Council or your Council of 13 is your principle council for the Brotherhood of Death. Above the Council of 13 is a higher Council of 9, and an inner group of 3 is believed to head that Council of Nine. How do we know about these things? The power of God has reached into the very heart of Satan’s empire and pulled out some of the most powerful Satanists and drawn them to Christ. There are several Satanists that were at the top which have managed to find Christ, in addition, some of the next echelon of the hierarchy, such as some of the Mothers of Darkness are also finding Christ."

In his writings (“PDF: Bloodlines Of The Illuminati-Fritz Springmeier“, p. 205) and speeches, Fritz Springmeier mentions a secret castle located only 6.7miles from the village of Muno in Belgium. (see pics below)
This castle would, according to him, be a center of the occult and have a cathedral inside with a dome with 1,000 lights & Monarch programming would be performed on children there. 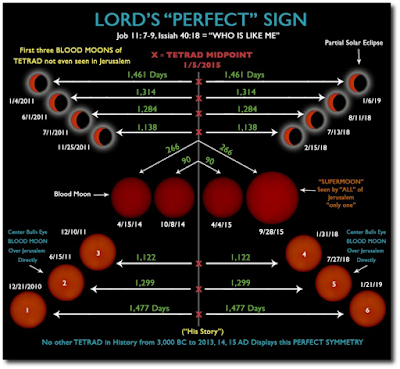