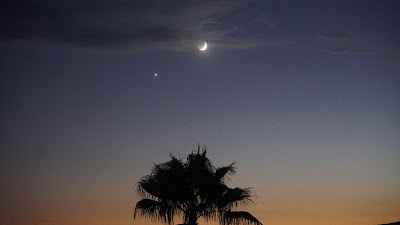 As long as Christians believe they are not living in the time of Tribulation, they will allow their satanists to brand them with a permanent mark. Once the mark is administered, as it states in REV 16:11...they will now (because they have been genetically modified) NOT repent. Thinking that you are NOT living in Tribulation as it continues onward since September 23rd of 2017 is to ignore the beast in Babylon, which is already falling. Hence the owners incessant race to get all their cattle marked.

America...and the west...is the biblical Babylon. And yes, it has and is, falling. Financially, ethically, spiritually. For anyone to deny the downward spiral of this era in every country THAT HAD THE US DOLLAR AS ITS MAIN RESERVE CURRENCY, is to deny reality. The world's economy are all linked to the financial system of New York City, the NEW BABYLON in our era.

One deep look at that island reveals all. The very worst of the worst live there, rule from there, and hold the world's finances in its tight fist. And all the world echoes of its falling, which they mourn; for they know and see their own fortunes falling with it, as has been happening for some years now, since the great crash of September 11th, 2001. Which was more than the 3 WTC buildings; it also crashed the stock market; was a grand theft of gold; and a mega satanic ritual to set end times in motion.

The Three Angels and Babylon's Fall

6And I saw another angel fly in the midst of heaven, having the everlasting gospel to preach unto them that dwell on the earth, and to every nation, and kindred, and tongue, and people,

7Saying with a loud voice, Fear Adonai, and give glory to him; for the hour of his judgment is come: and worship him that made heaven, and earth, and the sea, and the fountains of waters.

8And there followed another angel, saying, Babylon is fallen, is fallen, that great city, because she made all nations drink of the wine of the wrath of her fornication.

9And the third angel followed them, saying with a loud voice, If any man worship the beast and his image, and receive his mark in his forehead, or in his hand,

11And the smoke of their torment ascends up for ever and ever: and they have no rest day nor night, who worship the beast and his image, and whosoever receives the mark of his name.

12Here is the patience of the saints: here are they that keep the commandments of Adonai, and the faith of Yeshua(Jesus.)

Today, I spoke with a woman who was double weaponized/marked and she declared her Yawp, a credo that nephys do, even when they do not even realize it most of the time. This formerly somewhat godly lady said, first thing, “I serve NO GOD. Etc, etc.” I've talked with other marked souls and they all just tuned out anything holy, good, and true, right to my face, without even giving it a second thought. Tell them about revelations and Adonai and things of spirit and they all stopped me with some version of, “I don't want to hear it. It's all bs. I don't have time for that crap.” And so on.

Prior to the weapon, they never said such things. These are people that I've had lively and interesting discussions about things that matter and now they don't want to know.

The reason this is so is because by taking in the mark of the beast, as well documented on this site over the last 2 years and my other site, Daily Messenger, since 2007 and earlier, the beast has moved into their temple, the body, wherein dwells either the Most High Adonai, Yeshua Christ, or the beast, satan.

You can argue that they didn't know. That's not so.

Their whole lives have been in pursuit of their passions, possessions, status, money, and serving their lower ego and vanity. The last step of accepting the weapon/mark, was just the final nail in the coffin. Believe me when I say, the way of Life, Truth, and Christ has been shouting at them since they were children and they have turned their back on it. And like pharaoh, during the 18th dynasty, our Father, YHVH, gave and has given them over to what they've always sought out, and allowed them to receive the mark. And like pharaoh, He has hardened their hearts and gave them over to their selfish desires and passions.

Also this: it's not what you say that defines you, it is WHAT YOU DO. Look at your life. Whom have you really served? That's your god.

When you spend a lifetime turning your back on the Most High, He believes you and gives exactly what you seek. As I've said since I was a teenager, everybody gets what they want. It's just that...so very often, the getting and receiving isn't as wonderful as one thought it was.

These people used their freewill to serve the things of the beast. To be accepted; to be liked; to go against the screaming of their hearts and conscience NOT TO DO IT; and to do whatever was necessary to keep their little lives of living outside the simple rules of being a good sort to serve their own selfish interests and damn everybody else who got in their way.

And so it is we find that yes, we have now before us the plagues and bowls of wrath against just such souls. Those that receive the mark receive the just rewards of this final act of rebellion and lawlessness. As they've done, life after life. Life after life.

But what about those that never had a chance to serve Christ and were born into Muslim and other faith systems? They were born into that which they sought after the most, life after life. But, even those born into other faith systems are turning away from the beast and his mark. Look at India. An entire country that has REFUSED the mark weapon, mostly. And Japan, Buddhist and Shinto religions and they too, have refused the mark, mostly. It is their satanic leaders who are forcing or pushing this evil thing upon them, not the people themselves.

They are not damned. They are reprieved to still choose Him and if alive on his arrival, will likely do so; because they are listening to the Holy Spirit shouting at them to turn away from the beast and his ways. Those that follow the dark ways in their innermost hearts will and are lining up to be murdered in those countries, too.

Unfortunately, the beast intends to wipe these countries off the face of the earth with nuclear weapons. Their rebellion to the lawless one is their extinction and salvation.

There are Only two paths you can go by. There is no third way.

Every single day is a fresh start for renewal and to begin again. Use the time you have wisely and seek out the holy, good, and true as you find it. And yes...

SEEK AND YOU SHALL FIND.

The First Six Bowls of Wrath

1And I heard a great voice out of the temple saying to the seven angels, Go your ways, and pour out the vials of the wrath of God upon the earth.

2 And the first went, and poured out his vial upon the earth; and there fell a noisome and grievous sore upon the men "which HAD the mark of the beast," and upon them which worshiped his image.

The 1st Bowl of Wrath has resulted in all the hundreds of millions (792m, worldwide as of this day) of unreported deaths, bells palsy, skin necrosis, lesions, brain injury, et al. to those who HAD the Mark of the Beast. And all the other terrible maladies that come with allowing the weapon into their body.

Are they worshiping the beast's image? All the time. By what they serve, do they worship. If your life is spent in pursuit of the beasts offerings you are by definition, worshiping his image. If your idols and those in WHOM YOU PLACE YOUR TRUST of your life and family, is he or she, whom you REALLY WORSHIP.

Those that are in the satanic network openly serve satan. Others put their faith and trust in Satan's false prophets and captains. Look at Trump supporters, even unto this day; putting all their hopes and dreams on this man of darkness. Those who can see, are seeing, and are falling fast away from team Trump. This is a good thing; for they are finally seeing, even at the last minute, who he really is; by his own words does he condemn himself. 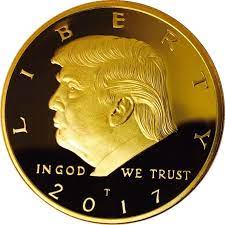 It will be said by many of you, “But, I'm a christian and a Trump supporter. Surely, I'm not in that crowd.” Then why the fervent denial of what now has been revealed since the 6th of January? Why still shill, and hope, and pray for the Trump as you do?

Why haven't you put all that love and devotion into Christ? For if you had or will do so, you will not accept the mark and you WILL see him for what he really is, as I and others have been trying to show you for 9 months.

To this very day, Trump is shilling for the weapon and happily brags about working with Pfizer and operation Warp Speed to get the MOTB weapon in our bodies. The ONLY reason he is doing rallies is because he was and is being ordered to get out there and get the holdouts weaponized. Most of the holdouts are, in point of fact, Trump voters, regardless of skin color.

And if one were to ask, what about those receiving placebos or getting fake shots on TV to sell the weapon/mark to the world?

These are they that are under judgment even now and ongoing. For as we read the entirety of Revelations and other myriad passages on the Holy Word, their fate is sealed and what comes upon them is by and far, quite an horrendous thing.