Notice that most of the dates are witches black sabbath dates, like Dyatlov. These are satanically lured people who have corrupted nafesh's, into a kill zone by demonics. That's the usual event, in brief. The details are well supplied on MIssing 411. All the details are usually similar in every respect, save in age and disposition/occupation.

Other dates include double 11s in the numerology aspect of these kills.

This is all about blood for Moloch. ALL OF IT.

Pray before hiking, even with a large group. Numbers wont' save you. Ever. Even individuals in large groups can be made to go away, right while everyone is standing around. It happens all the time. Even Dave Paulides reports it.

Some know they are to be a sacrifice; a coven has ordered them in. They must obey. Most have no idea why no matter which trail they are on, it always leads to the same place. Then the sun goes down...fear until midnight, the kill hour.

This is such a common thing, it should be taught in families to young children. It would save tens of thousands of lives. 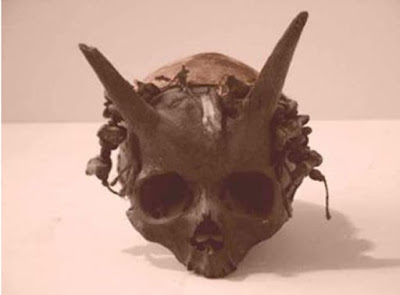 Mostly accurate, with a few errors, but best analysis so far.

Today, I have the happy pleasure of chatting up a coworker regarding Dyatlov incident. Here are some of the Don comments.

another thing too, the group was known for doing spirit sessions, orb photography, etc. What this really sounds like is a recon crew, sent by gov, to check out reports of the area and capture phenomena. They went straight to an area of demonic portals, intentionally to gather intel. But, without the protection of our Father or Yeshua (soviets in that era were rabidly atheistic and hated God).

The more you look into this incident, the more is revealed this was a botched soviet intelligence gathering operation of a known big foot, skin walker, demonic portal that they wanted more information on. It ended badly, as it does to so many, unprepared investigators without His Protection. It's what kept us alive all these years.

Here are the tells

After all, a demonic attack, it's obvious not a single christian among the group that had the Holy Spirit. Or this would have not happened and these people would be old farts today.

I've looked over this intel before since the 1980s, but not seen their pictures until now. I'll lay odds they heard screeching and banshee wailings for at least an hour before the attack. Probably mimicing, too, to pull them out of the tents. And some went.

Well, you have the gist of it. And how can a satanic, ashkenazi government find anyone with the holy spirit, they haven't already outright murdered or sent to the gulags? And train them, as a magikal surveillance crew?

Here is what I see.

Two were witches, practicing. Two men were gay; covered up; something rare in soviet union, but not among their occult units. Understand? You need to in order for all this to make sense. Think of the hideous evil masquerading as teachers, leaders, moms, fags, whatever. ALL DEMONICS. ALL.

They ALL had hitch hikers, one was photographed, but there are other tells. A great deal of the soviet paranormal units of the 1920s through the 50s are still sealed to this day. The names and peoples of these asset groups are still a secret. I see that we are looking at one such group. They intentionally were sent there, to arrive on a witches sabbath, had already encountered and photographed rake and other sign (but no mention of it, of course) and it was not meant to end well, if the Demonic Spirits wished a violent outcome. Which they obviously did; no surprise.

I propose they went for ritual, only too late realizing,  THEY WERE THE SACRIFICE. ALL OF THEM.

One was saved by Dad, because he was not nephilim.

It's taking time, but the Dave Paulides guys will one day, when it is too late, understand what I've tried to teach them, to no avail. There is always the hard way, and many choose such paths, ignoring the inner advice of "Don't do that."

This is a common story. I've always advised against doing any kind of occult work to destroy the enemies foothold in our world without the strength of Christ's Blood in our heart. More and more of this kind of thing goes on, never reported, usually, until years later and some guy like 411 does a video. By then...nothing to investigate.

Thing is, a demonic area of ritual work, manifestation, or some such, has several levels to it that any sensitive soul would pick up on and, by the Holy Word, be warned upon entering.

I hope this helps you. You may share this with others; please do.