Fragment of the Book of Noah

Fragment of the Book of Noah

The Ethiopian Bible is the only bible in the WORLD that has all 88 books of the Bible; we have only 66 as published in our time. This is for two reasons.

Clearly, these two dark nephilim devils had a spiritual agenda which is obviously in opposition to anything holy, good, and true. They are condemned in perdition because of these and other well documented vile acts.

Have the various Bible publishers and seminary schools corrected these errors? Of course not. Why would they? They are, in our time, wholly run and operated by covens and have been for decades. Go to any modern seminary college. It looks like a LGBTPHKO gathering of trans and gays. I know. I've been to some and they were all just terrible places of damnation; with ritual abominations going on underground in basements and the like.

1 And after some days my son Methuselah took a wife for his son Lamech, and she became

2 pregnant by him and bore a son. And his body was white as snow and red as the blooming of a rose, and the hair of his head and his long locks were white as wool, and his eyes beautiful. And when he opened his eyes, he lighted up the whole house like the sun, and the whole house was very bright.

3 And thereupon he arose in the hands of the midwife, opened his mouth, and conversed with the Lord of righteousness.

4 And his father Lamech was afraid of him and

5 fled, and came to his father Methuselah. And he said unto him: ' I have begotten a strange son, diverse from and unlike man, and resembling the sons of the God of heaven; and his nature is different and he is not like us, and his eyes are as the rays of the sun, and his

6 countenance is glorious. And it seems to me that he is not sprung from me but from the angels, and I fear that in his days a wonder may be

7 wrought on the earth. And now, my father, I am here to petition thee and implore thee that thou mayest go to Enoch, our father, and learn from him the truth, for his dwelling-place is amongst the angels.'

8 And when Methuselah heard the words of his son, he came to me to the ends of the earth; for he had heard that 1 was there, and he cried aloud, and I heard his voice and I came to him. And I said unto him: ' Behold, here am I, my son, wherefore hast thou come to me ? ' And he answered and said: ' Because of a great cause of anxiety have I come to thee, and because of a disturbing vision have I approached.

9 And now, my father, hear me: unto Lamech my son there hath been born a son, the like of whom there is none, and his nature is not like man's nature, and the color of his body is whiter than snow and redder than the bloom of a rose, and the hair of his head is whiter than white wool, and his eyes are like the rays of the sun, and he opened his eyes and thereupon lighted up the whole house.

11 And he arose in the hands of the midwife, and opened his mouth and blessed the Lord of heaven.

12 And his father Lamech became afraid and fled to me, and did not believe that he was sprung from him, but that he was in the likeness of the angels of heaven; and behold I have come to thee that thou mayest make known to me the truth.' And I, Enoch, answered and said unto him: 'The Lord will do a new thing on the earth, and this I have already seen in a vision, and make known to thee that in the generation of my father Jared some of the angels of heaven transgressed the word of the Lord.

15 And now make known to thy son Lamech that he who has been born is in truth his son, and call his name Noah; for he shall be left to you, and he and his sons shall be saved from the destruction, which shall come upon the earth on account of all the sin and all the unrighteousness, which shall be consummated on the earth in his days.

16 And after that there shall be still more unrighteousness than that which was first consummated on the earth; for I know the mysteries of the holy ones; for He, the Lord, has showed me and informed me, and I have read (them) in the heavenly tablets.

1 And I saw written on them that generation upon generation shall transgress, till a generation of righteousness arises, and transgression is destroyed and sin passes away from the earth, and all manner of good comes upon it.

2 And now, my son, go and make known to thy son Lamech that this son, which has been born, is in truth his son, and that (this) is no lie.' And when Methuselah had heard the words of his father Enoch-for he had shown to him everything in secret-he returned and showed (them) to him and called the name of that son Noah; for he will comfort the earth after all the destruction.

1 Another book which Enoch wrote for his son Methuselah and for those who will come after him, and keep the law in the last days. Ye who have done good shall wait for those days till an end is made of those who work evil; and an end of the might of the transgressors. And wait ye indeed till sin has passed away, for their names shall be blotted out of the book of life and out of the holy books, and their seed shall be destroyed for ever, and their spirits shall be slain, and they shall cry and make lamentation in a place that is a chaotic wilderness, and in the fire shall they burn; for there is no earth there.

2 And I saw there something like an invisible cloud; for by reason of its depth I could not look over, and I saw a flame of fire blazing brightly, and things like shining mountains circling and sweeping to and fro. And I asked one of the holy angels who was with me and said unto him: ' What is this shining thing? for it is not a heaven but only the flame of a blazing fire, and the voice of weeping and crying and lamentation and strong pain.'

3 And he said unto me: ' This place which thou seest-here are cast the spirits of sinners and blasphemers, and of those who work wickedness, and of those who pervert everything that the Lord hath spoken through the mouth of the prophets-(even) the things that shall be. For some of them are written and inscribed above in the heaven, in order that the angels may read them and know that which shall befall the sinners, and the spirits of the humble, and of those who have afflicted their bodies, and been recompensed by God;

4 and of those who have been put to shame by wicked men: Who love God and loved neither gold nor silver nor any of the good things which are in the world, but gave over their bodies to torture. Who, since they came into being, longed not after earthly food, but regarded everything as a passing breath, and lived accordingly, and the Lord tried them much, and their spirits were found pure so that they should bless His name.

5 And all the blessings destined for them I have recounted in the books. And he hath assigned them their recompense, because they have been found to be such as loved heaven more than their life in the world, and though they were trodden under foot of wicked men, and experienced abuse and reviling from them and were put to shame, yet they blessed Me.

6 And now I will summon the spirits of the good who belong to the generation of light, and I will transform those who were born in darkness, who in the flesh were not recompensed with such honor as their faithfulness deserved. And I will bring forth in shining light those who have loved My holy name, and I will seat each on the throne of his honor.

7 And they shall be resplendent for times without number; for righteousness is the judgment of God; for to the faithful He will give faithfulness in the habitation of upright paths. And they shall see those who were , born in darkness led into darkness, while the righteous shall be resplendent. And the sinners shall cry aloud and see them resplendent, and they indeed will go where days and seasons are prescribed for them.' 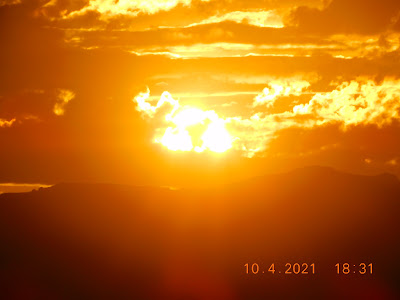 Posted by Juicing and Raw Foods Sunboy at 9:32 PM
Email ThisBlogThis!Share to TwitterShare to FacebookShare to Pinterest
Labels: articles by Don Bradley, Fragment of the Book of Noah
Older Posts Home
Subscribe to: Posts (Atom)