Jacob Frank (יעקב פרנק Ya'akov Frank, Jakob Frank) (1726 - 1791) was an eighteenth-century Jewish religious leader who claimed to be the successor or reincarnation of the self-proclaimed Messiah Sabbatai Zevi and eventually led his followers into the ranks of Islam.

Frank saw himself as the successor of Sabbatai Zevi, the mystical Jewish leader who, in the mid-seventeenth century, succeeded in gaining the support of a large portion of world Jewry for his claim to be the Messiah. After Sabbatai's apparent apostasy to Islam, a substantial number of Jews accepted the claim that this act was an act of tikkun, the kabbalistic notion of restoration, which would enable many Muslims to accept Sabbatai's teachings and pave the way for the establishment of an independent Israel. Sabbatai himself established a Jewish-Islamic sect in Turkey that survived his death, known as Donmeh.

Messianic at the end of the seventeenth century assumed mystical colorings, possibly under the influence of the Rosicrucian movement in Germany. In Polish-owned Ukraine—particularly in Podolia and Galicia—numerous secret societies of Sabbateans had continued to exist even after Sabbatai's death.

The members of these societies discarded some aspects of Jewish religious laws and custom. The mystical sect of the later Sabbateans reportedly included both asceticism and sensuality: Some did penance for their sins, subjected themselves to self-inflicted pain, and "mourned for Zion;" others disregarded the strict rules of modesty required by Judaism, and at times were accused of being licentious. The Polish rabbis repressed the movement and attempted to ban the "Sabbatean heresy" at the assembly at Lemberg in 1722, but could not fully succeed, as it was still widely popular among the nascent Jewish middle class.

The heyday of Frank's movement occurred during a period of the loss of relative social and economic stability among European Jews in the late 1770s, resulting from the Koliyivshchyna rebellion, an uprising of Ukrainian peasantry that resulted in many Polish and Jewish casualties. At the same time, it capitalized on the modernizing tendencies of the Enlightenment Era among the Jewish middle class, which rejected strict Talmudism and sought an accommodation with Christian Europe. 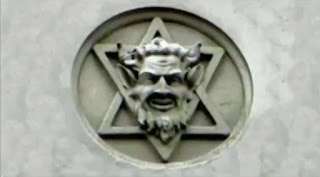