La Palma cannot strike the USA only UK and GREENLAND

When one looks at the world map as it TRULY IS, then it becomes more than obvious that La Palma cannot strike the US or South America. In fact, the UK, Iceland, and Greenland have much to worry about. It will never get here. A tsunami that is. And most of that would blow away from our known land masses.

Even when they were setting off 15 megaton Hydrogen Bombs in the Pacific in the 1950s and 60s, right on the water and under the water, the tsunamis created were small and minor affairs.

So don't get hoaxed by La Palma. It's just a fear thing.

Are the nephilim capable of doing something horrific with weapons we are unaware of? Of course. Will they? Probably. When it suits their purposes when no other way will. Setting a nuke next the statue of Liberty would do the job as outlined on our money.

Now if the burning mountain (a volcano) slides into the sea and causes all this death of the waters and a portion of life as well, then La Palma can certainly fit this perfectly. Any coastal volcano with such devastating effects upon shipping and sea life will fit this indicated prophecy. 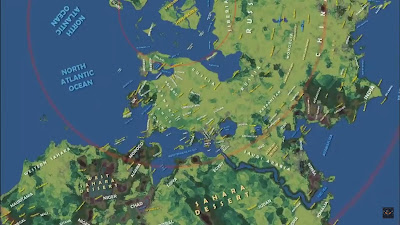