How corruption on TV is done

How corruption on TV is done 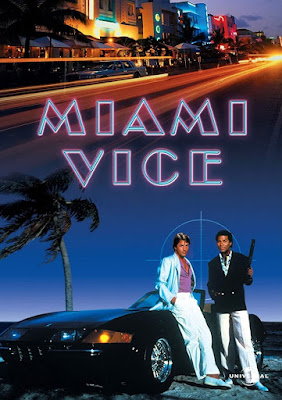 Actually the rather more disturbing thing is the nephilim Edomite corruption spending literally billions of dollars smearing Christ and Christianity. They do this in movies and television all the time but you don't notice because it's subtle. Yet it's always there. Always.

Who is 666 aka the Beast? Well that would be Crockett, who is showcased as living by the sea because he's the Beast from the Sea and is lamp-shaded by his pet alligator as being The Dragon/The Reptile/The Serpent.

This is a formula repeated over and over. Then they do variations on a theme and inversions. They are relentless. Your watchfulness has to be relentless, as well.

Again, literally billions of dollars have been spent indoctrinating you with Satanic propaganda without you even knowing it. However, once you start paying attention and stop sleep walking through your day, this stuff just jumps out at you.. It does. If you do not pay attention, every time you see 12 or 72 (examples in this short article) you reject it, because of all the repeated and subtle conditioning that ONLY EVIL can come from group associations that have at their core 12 and or 72.

Think it through. There are literally hundreds of examples in movies and Television that one could spend years sifting through those old and modern shows and sure enough, the subtle slander of our Father's Holy Ways is right there, front and center, slowly mind controlling you to reject His loving ways with an inner resentment you cannot quite put your finger on.

This is the war by deception the Khazarian Mafia, the Canaanites deploy against us all.

Posted by Juicing and Raw Foods Sunboy at 10:06 AM
Email ThisBlogThis!Share to TwitterShare to FacebookShare to Pinterest
Labels: all TV shows, articles by Don Bradley, groups of 12 and 72, How corruption on TV is done, Miami Vice
Older Posts Home
Subscribe to: Posts (Atom)