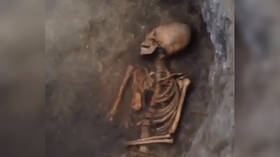 The remains of a woman, believed to be from antiquity, with an elongated alien-like skull has been found during excavations of an ancient burial site in southern Russia.
Since 2017 bones belonging to humans and numerous wild and domestic animals, along with a large number of ceramics, ornaments and bronze arrowheads have been discovered at the remarkable Gamurzievsky settlement in the city of Nazran, Ingushetia. 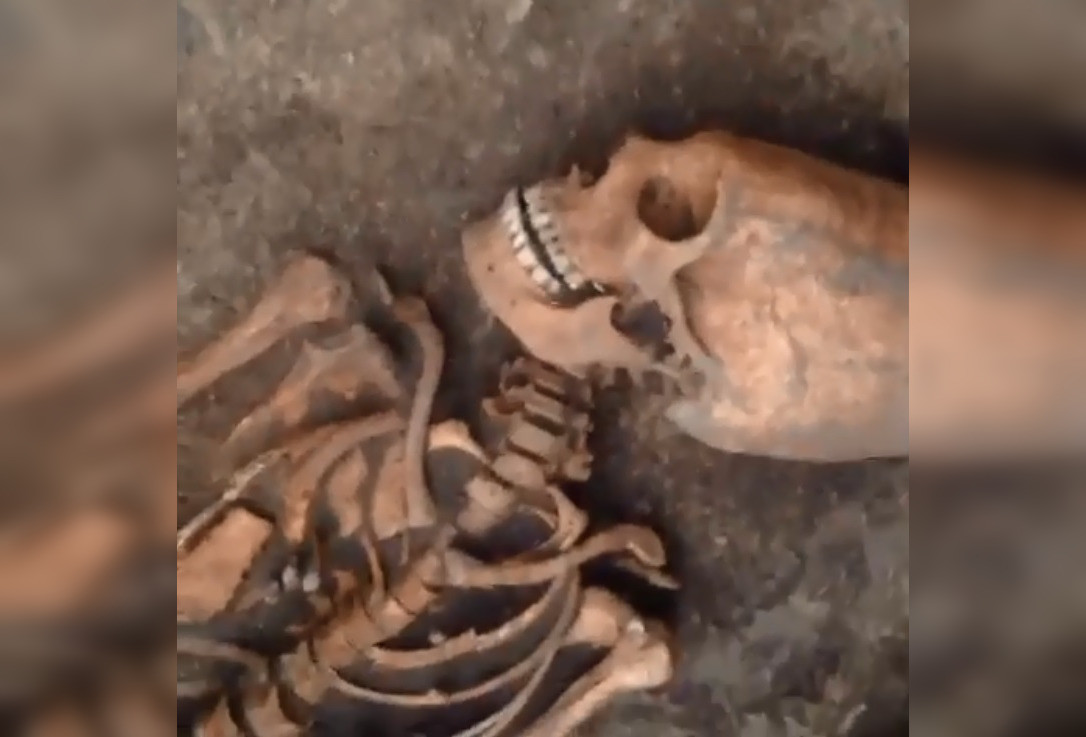 The article in RT goes on to take great pains to tell us over and over again, that this was ACD, some kind of intentional cranial deformation. This cover story...this lie...is to prevent you from learning the truth. You are looking at nephilim, the offspring of Angels and caannanite women.

So,even Russia is into hiding the truth of Earth. No surprise. They went along with the Apollo hoax and the whole globular thingy. Among a host of other fictions.

Of course, had to dig up from other places that this woman, was 11 feet tall. Seems RT didn't think that little fact was necessary to tell us about. And she also had six fingers and toes. Which explains why all the pictures of her, the hands and feet are quite visibly blurred out.