I ran a video of her from July about her worsening condition. She is coven, but they'll never say it. Finally have a picture of her before.

All child trafficking has to do with the satanic coven hierarchy. The entire structure of baby blood drinking and infant/human sacrifice is built upon it, for reasons previously explained.

The children will end up in foster homes of other witches, as they do. The coven that was busted will get new names, a new location, and be setup again to continue the work for "the master."

The seven men and four women today faced a 14-page indictment listing 43 different charges during a hearing at the High Court in Glasgow.

The accusations mainly centre around three young children, two girls and a boy, between January 2010 and March 2020 at various addresses in the city.

They include claims the trio were raped at different times while some of the group did "clap, cheer and verbally encourage" as well as video record what was happening.

One of the young girls was said to have been shut in a microwave during an attempt to kill her.

The children were forced to take part in satanic "seances" and made to kill animals.

Owens and Lannery first face a charge of neglecting the three youngsters along with another child.

The accusation features a claim they got the young boy to "courier controlled drugs" on their behalf.

It is then said 10 of the group, apart from Forbes, assaulted the elder girl to the danger of her life starting when she was six.

This included running a wheelchair into her legs and also putting a black plastic bag over her head affecting her breathing.

The girl was also allegedly made to eat cat food as well as take drugs and alcohol.

It is said he was put in a bath which he was allegedly told was filled with blood.

Owens, Lannery, Williams, Brannan and Clark are then accused of the attempted murder of the younger of the two girls starting when she was just weeks old.

This charge, which runs between December 2015 and June 2019, states she was made to "act like a dog" and eat pet food.

It also said the group did chase the child while wearing a devil mask.

She was also allegedly hung by her jumper from a nail on the wall.

The murder bid charge finally claims the girl was pushed into and trapped inside a microwave, an oven, a fridge freezer and various cupboards.

The next charge claims Owens, Lannery, Williams, Brannan assaulted the other child mentioned in the earlier neglect accusation.

Owens and Lannery are then accused of threatening one of the young girls that they had arranged for her to go to Turkey with a male stranger.

Prosecutors state all 11 are said to have got the boy and the older girl to take part in "seances (and) use a Ouija board...to call on spirits and demons".

They also allegedly got the children involved in "witchcraft" leading them to believe that they themselves had "metamorphosed into animals".

The 11 are further said to have worn cloaks and devil horns as well making the young boy stab a budgie to death.

The group are also accused of killing a number of dogs including getting the children to attack the animals. Owens alone then faces a number of charges that he raped the older girl including with Watson, Brannan, Clark and Forbes.

Owens and Lannery go on to be accused of a sex abuse charge involving the boy and the younger girl.

A separate allegation states all of the group were then allegedly involved in the rape on various occasions of the older girl.

It is claimed they got her to take drink and illicit drugs.

The charge states while she was being sexually assaulted Lannery, Williams, Laing and Gallagher did "clap, cheer and verbally encourage" the alleged crime, which was also video recorded.

The girl was said to be 10 when it started.

Two separate charges claim Owens and Lannery did "facilitate" this There are then a string of accusations detailing further alleged crimes against all three children.

The indictment goes on to state Owens and Lannery took part in the rape of the boy.

All 11 also allegedly abused him with the men this time were said to have "cheered" while it was going on.

The next charge claims Owens and Lannery had sex in front of children.

Owens and Brannan go on to face an accusation of raping the boy.

The duo along with Lannery and Williams are also said to have made him watch a video of one of the girls being attacked.

Lannery is then charged with molesting the younger girl before it is claimed she, Owens, Williams and Brannan raped her.

The whole group go on to face the same crime with the girl allegedly held down in a cot.

As this was said to be happening, the women are accused of clapping and cheering while the boy and older girl were shut in a room.

The elder child was also said to have been made to "operate a camera and create video footage" of some of the abuse.

This includes claims the older girl was threatened and her call to the police was disconnected.

It is also said attempts were made to "pressurise" two of the youngsters around the time of police interviews.

They also allegedly got rid of items to avoid prosecution.

Gachagan is finally accused of lewd behaviour towards another young girl in the mid-1990s in Glasgow.

Maureen Goudie, Steven McHendrie, Robert Brown, James McLean and Douglas Gachagan are also mentioned as being involved in a number of the charges.

But, the indictment states they are now "deceased".

Owens and Lannery, of Thornliebank, East Renfrewshire, Brannan and Clark, of Clydebank, West Dunbartonshire, Forbes of Townhead, Gallagher and Gachagan, of Maryhill, Watson, of Mount Vernon, all Glasgow deny the charges.

Williams, of Lennoxtown, East Dunbartonshire as well as Laing, of Rutherglen, near Glasgow, also pleaded not guilty.

Carr, of Townhead, did not appear in the dock also pleaded not guilty through his defence counsel Brian McConnachie QC.

Gallagher was excused from the dock during the hearing after taking unwell.

She replied: "It's extremely difficult [to tell] in this case.

"The recorded interviews will take three weeks - eight weeks is an estimate for the the trial which I think will be maybe six weeks."

Lord Beckett set an eight week trial at the High Court in Glasgow for September next year.

A further hearing was also fixed for October.

Sold her soul to Satan and all she gets is a crappy manager position at a burger joint. Her demon takes control and it will be like this for her from now on. Witches are from every race, gender, age. Only regional background determines which branch of the satanic order they hail from.

In this case, as in most, you can clearly see she is working with the emerging demon by using her satanic skills she has learned from her mother and Aunt. Until the demon assumes full control and does what it does - it wants to destroy the vessel that holds the Light of someone whose name is found in the Book of Life. 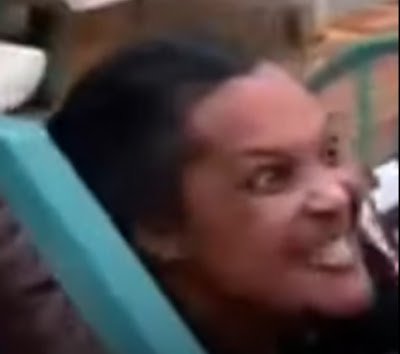 Posted by Juicing and Raw Foods Sunboy at 11:14 PM
Email ThisBlogThis!Share to TwitterShare to FacebookShare to Pinterest
Labels: a witch, Burger Karen 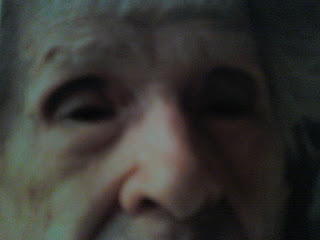