Right. Digging through my tons of stuffs, here is some from years ago.

First off, it's Carly Fiorina CEO of Hewlett-Packard. Hangs with presidents, especially the formerly alive Hildebeast, Hillary. Guess what she is.

She wasn't selected for her sharp mind (yes, they are quite cunning). They promote their own, regardless of intelligence. She will always go along with the PLAN. She is part of the plan. They all are. Blood drinkers obey, believe me.

Unlike us, who usually take or leave any kind of spirituality with Almighty Yahua. They obey to the LETTER. To do otherwise is a gruesome death at usually, the hands of their replacement.

If people following Dad's Holy Way were that dedicated...what a world we would have. 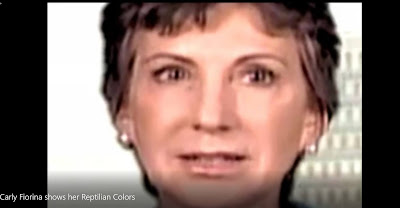 Remember Flight 253, the alleged shoe bomber on the plane thing that caused HUGE TSA restrictions we still suffer from to this day? Abdulmutallab's purpose in taking the bomb on board Flight 253 was to detonate it during flight, causing the plane to crash and killing the 290 they said. And, of course, the witnesses provided which told the story ad nauseum were nephilim hybrids.

You would never trust a free jack to do such a thing. You cannot ever trust them to keep their mouths shut about the hoax. The damned always obey; they have a blade, metaphorically speaking, at their throats their whole lives.

The patsy was a mentally ill autistic who they blamed for the event. Even though it was proved, by me at the time, that he was walked through customs by agents of the CIA. As airline people so stated. They were killed in car crashes, both the women, within the same month.

The Flight 253 event was a false flag to create horrific restrictions. No one listened at the time. And I wasn't the only guy busting the thing open at the time, either. The net result of this false flag was them sticking their hands all over men and women's private parts, including grandma, which they still do to this very day. That's what the whole thing was about, to violate your innate privacy. And we allowed it.

Not me. But the bulk of the world. Does no one practice critical analysis or thinking?

Oh well. Here are your "witnesses."

From wikilies
Kurt and Lori Haskell, an American couple, said that while waiting to board Flight 253 at Schiphol Airport, they saw a "poor-looking African-American teenager around 16 or 17," who Kurt Haskell claims was Abdulmutallab, with a second man, who was "sharp-dressed", possibly of Pakistani descent, around 50 years old, and who spoke "in an American accent similar to my own."